Meet Cliff Muskiet, an avid uniform collector that decided to share is passion with everyone with his renowned blog, Uniform Freak. Here at SKYPRO Shoes, we value foremost the shoes, obviously, but these would not be complete without the uniform itself, and vice-versa. Cliff feels the same way, as we had a little talk with him to find out how he got into uniforms and the aviation industry.

How did you get so into uniforms?

Ever since my early childhood I have been very fascinated by civil aviation! Everything about civil aviation fascinates me. The fact that a Boeing 747 with 400 passengers on board can fly from one side of the world to the other and an airplane can fly still amazes me. Flying around the world has always had something adventurous about it. I like the different types of airplanes, the different airline liveries, the logos and designs, the cabin interiors, the meal trays with china and of course the uniforms! I love airplanes and everything that comes with it. When I think of an airplane, I automatically think of a stewardess. When I think of a stewardess, I automatically think of a uniform. When I think of a uniform, I want to have it!

The first flight I made and that I can remember was from New York to Amsterdam in 1970, I was 5 years old. I slept during the whole flight and when we arrived in Amsterdam I was so disappointed because I couldn’t remember anything about the flight. I began to draw airplanes and I started to cut airplane pictures out of travel magazines. As a young child I knew I wanted to fly, I wanted to work in an airplane. I used to collect everything about airplanes. Every month I would go to Amsterdam and visit the airline offices and I would come home with bags filled with postcards, posters and folders about the airlines and airplanes. I also cleaned airplanes in the summer time at Schiphol Amsterdam Airport when I was 15, 16, 17 and 18 years old. I loved it because I could be in airplanes the whole day and meet the different crews.

My unique collection began in 1980, when I was given a KLM uniform. It was an old KLM uniform from 1971. My mother was a nurse and she had a colleague nurse who also was a part-time stewardess. At that time I thought: “this is great, I want to have more uniforms!” In 1982 I got two other uniforms from two Dutch charter airlines that changed uniform in that year. From 1982 till 1993 I didn’t do much to obtain more uniforms, something I really regret now because I could have had many more. Ten years later, in 1993, I was in Accra, Ghana, working for KLM, where I obtained some old Ghana Airways uniforms without any problem. When I received these uniforms, I started to contact other airlines. Most of my uniforms were obtained between 1993 and today.

What is the aspect you value the most in a uniform?

What is your favorite uniform ever?

What do you feel about the importance of shoes for aviation professionals?

Shoes are very important for aviation professionals! Shoes should not only look nice and professional, but they should also be comfortable and easy to wear. As a flight attendant you walk a lot and when you work on a 10 hour flight, you want your feet to feel good after a long workday. If your shoes are not comfortable, this can be a big problem and you can end up with sore and painful feet. Not nice!

SKYPRO Shoes creates professional cabin crew shoes. Does this make sense to you?

Should shoes make part of the uniform as a whole?

I personally would say that this would be best, but I know most airlines are trying to save money and employees must buy their own shoes. On the other hand, I know that there are so many different persons with different feet and not everyone is able to wear the same style of shoes. When you have to buy your own shoes, you can pick a shoe that is best for your feet instead of having to wear the airline issued shoes. When it comes to uniformity, I think it would be best for everyone to wear the same shoes, but then there should be different sizes and widths.

Yes! Some of my friend used to call me Imelda Marcus… I used to have a lot of shoes; I still have, but not as many! 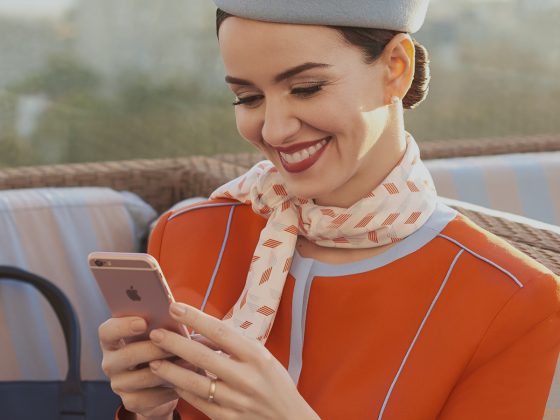 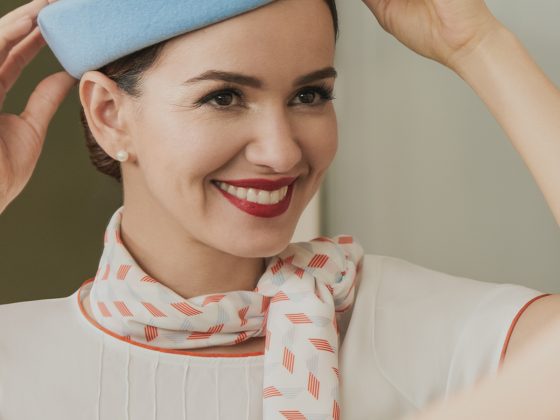 Cosmetic tips for a flying life 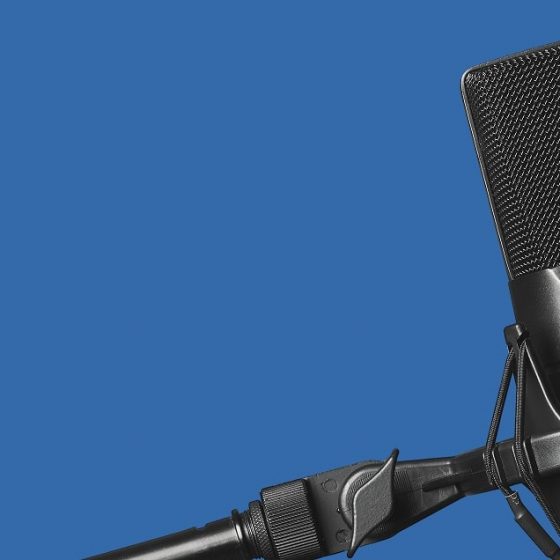 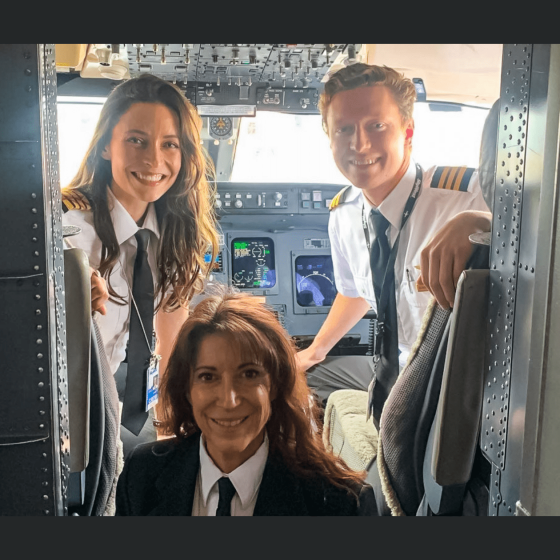 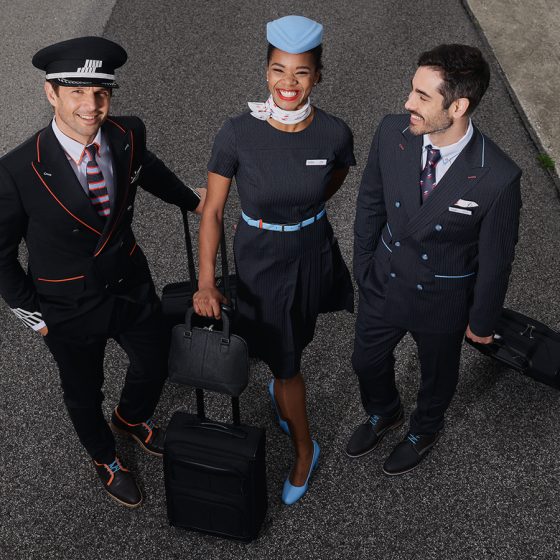 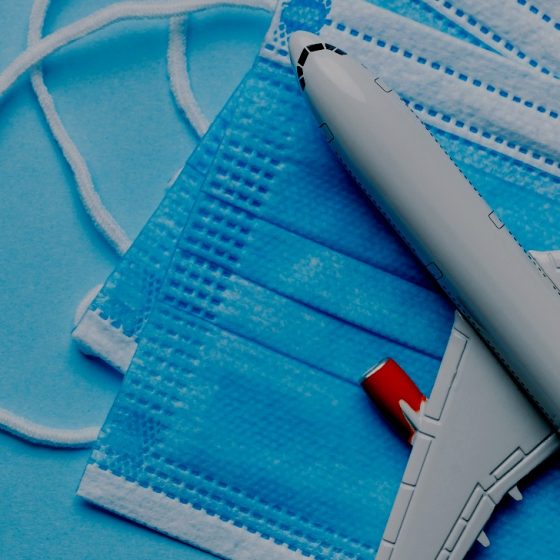 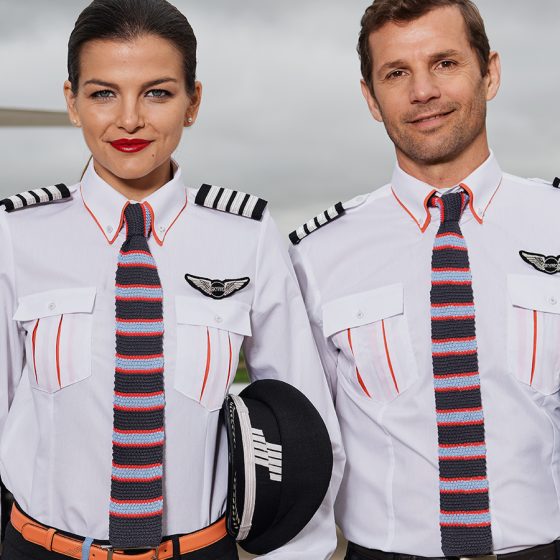 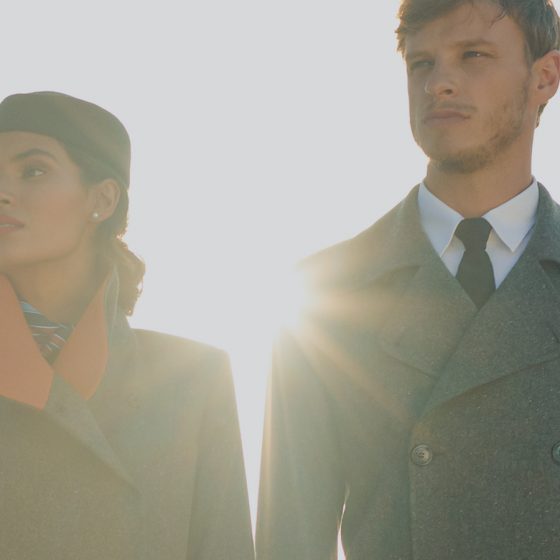 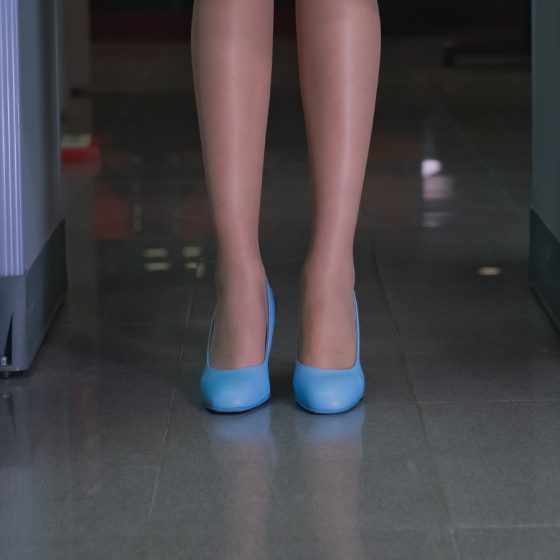 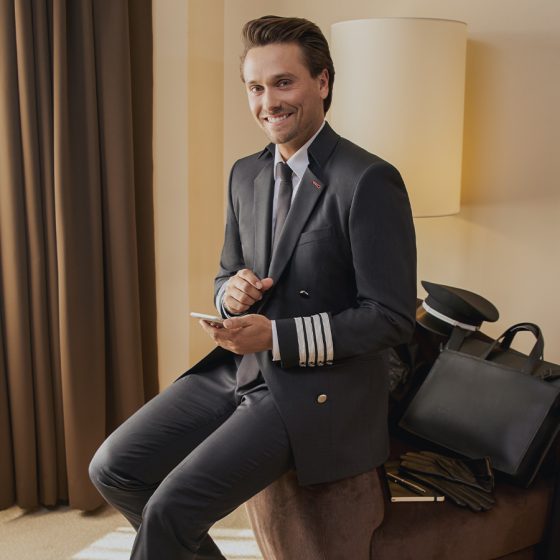